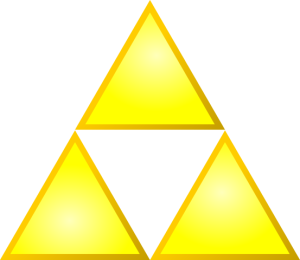 In truth, there is not much difference between the Gerudo, Sheikah (including their less honorable cousins the Yiga), and the native Hylians.  In the post-calamity land of Hyrule one can find plenty of instances of these various races living together in harmony.   While the art of the Ninja and Spellblade are closely guarded secrets of the Sheikah and the Gerudo respectively, the same is not true of the classes of the Hylians.  A Gerudo that devotes he studies purely to the mystic arts to the exclusion of her skill with the blade is practically indistinguishable in ability to a Hylian mage, likewise, a Sheikah might use their natural inclination for sneaking for less noble pursuits than their brethren who complete their training.

In addition to their unique stock classes Gerudo, Sheikah, and Yiga can be Clerics, Magicians, Paladins, Thieves, or Warriors.  If your choose to be one of these stocks with one of these classes, write the appropriate stock on your sheet, then follow the standard rules for character creation for these classes with the following exceptions:

In some cases, even those who choose to forsake the standard fighting styles of their people still incorporate some amounts of it into their own interpretation of the common classes.  The abilities listed below can be taken at the listed level in the listed class INSTEAD of a normal level benefit for that level.  However, there is no requirement to do so.

Due to only gaining spells or prayers at most levels, Magicians do not have a variant option, and Clerics only have the variant option at first level of Desert Flower Duelist for Gerudo.

Desert Flower Duelist: At first level, any Gurudo in a character class that starts with proficiency with a shield, may trade proficiency with a standard shield to gain the benefits of the level 3 Spellblade benefit of the same name.  If they do, they may start with a second sword in place of a shield or helmet.  Clerics must still be able to “present” their holy symbol to cast prayers.

After character creation, a non-Ninja Sheikah or Yiga follow the same rules for alignment as any other member of their class.  A Sheikah or Yiga Thief who becomes lawful may find a mentor among the Sheikah and become a Sheikah ninja instead of a Warrior.  A Sheikah who does this suffers no penalties, but a Yiga who does this follows the same rules as if they had previously been a Yiga Ninja that became lawful.  This option is NOT available to those that became Thieves by abandoning the path of the Ninja.

Sheikah/Yiga Paladins: Yiga who become paladins might retain (and struggle against) their base nature, but may take Sheikah abilities listed here in place of their paladin abilities